Lipp to receive Citizen of the Year award 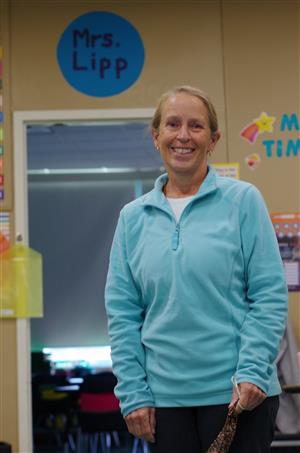 Huth Road Elementary School teacher Diana Lipp will receive the Citizen of the Year for education honor tonight when the Grand Island Chamber of Commerce holds its annual dinner at the DoubleTree in Niagara Falls.

A native Islander, Lipp is a Huther through and through, teaching third grade in the building where she and her siblings went to school growing up.

Lipp first began a career as a dietetic technician at Millard Fillmore Hospital for 17 years. It was during those years that Mrs. Lipp discovered her true passion for teaching as a PTA volunteer at Huth Road Elementary. She served as a volunteer for seven years as a reader and a parent leader with the Huth Road Bazaar. She decided to go back to school and earn a master's degree in elementary education. While preparing for her degree, she began working as a substitute teacher in Amherst and Grand Island. In 2001, Lipp was hired at Sidway Elementary School. Later, she moved to Huth Road and is currently serving as second- and/or third-grade teacher.

Lipp and her students have been responsible for generating thousands of dollars in donations to the Cystic Fibrosis Foundation, the Neighbors Foundation, and the Huth Road Playground Committee as a result of her project-based Holiday Cookie Sale.

The letter nominating her for consideration for the Citizen of the Year award said,

“Mrs. Lipp has inspired and influenced hundreds of elementary students to grow academically, socially and personally, each and every day. When her students are first exposed to the project-based holiday cookie sale, for many of them it is the first time they are engaging in a formal experience in community service.”

“There are many proficient and dedicated leaders in education. There are also leaders who, because of their commitment to education and students, must be considered exceptional.”